ALBUQUERQUE, N.M. (AP) — Solar panels with the capacity to produce hundreds of megawatts of electricity and back-up battery storage systems would be installed in northwestern New Mexico to replace the coal-fired San Juan Generating Station under one alternative that will be considered by state regulators.

NM students will go back to school in fall part-time

ALBUQUERQUE, N.M. — Less than two months before many New Mexico students were set to head back to school, the Public Education Department has announced a phased re-entry plan for the 2020-2021 school year.

DALLAS, Texas — A resurgence in coronavirus cases is eliminating two months of nationwide progress as COVID-19 infections surge in the South and West. The U.S. recorded a one-day total of 34,700 new confirmed COVID-19 cases Wednesday, the highest level since late April, when the number peaked at 36,400, according to a count kept by Johns Hopkins […]

Grants votes to not hold Fourth of July parade

GRANTS, N.M. — It looks like the city of Grants will not hold their annual Fourth of July parade this year.  Mayor Martin Hicks wanted to make it happen but wasn’t getting much support from city councilors. The disagreement led to a fiery exchange Monday night. 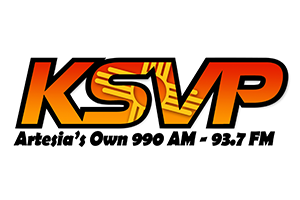 President Donald Trump says he’s heard some interesting things about Roswell, but he’s not sharing even with his eldest child. Trump made the comments Thursday in a Father’s Day-themed interview with his son Don Trump Jr., hosted by the president’s reelection campaign. Don Jr. wound down his interview by jokingly asking his Dad/President if he […]

TRUTH OR CONSEQUENCES, N.M. (KRQE) – Virgin Galactic has signed a deal with NASA as part of the Space Act Agreement. The company will develop a new private orbital astronaut readiness program. The deal will include training for the private astronauts, transportation to the Space Station, and coordinate resources for future missions.

ALBUQUERQUE, N.M.- A bill that requires all law enforcement officers in New Mexico to wear body cameras is headed to the governor’s desk. The bill passed in the state House, 44-26, Monday afternoon.

ALBUQUERQUE, N.M. — On Monday Balloon Fiesta organizers announced that this year’s event would be postponed until 2021. The 49th annual event will still happen, just in 2021.

New Mexico Plan: Schools Will Only Open At 50% Capacity, Continuing Some Online Instruction

SANTA FE, N.M. (AP) — New Mexico’s Public Education Department is outlining a path for how schools will reopen this fall amid the coronavirus pandemic. Under a plan made public Tuesday, the state is requiring schools to open at 50% capacity. Students will alternate between time in the classroom and continuing with online lessons at […]

ALBUQUERQUE, N.M. — The Albuquerque Sunport is really stepping up its cleaning protocols. The Sunport now has an autonomous robot named Breezy One that disinfects.