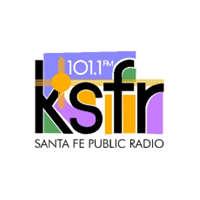 24 Views   New Mexico’s population growth is flat and that is helping create a drop in the state’s expected school grade population. In a report presented Tuesday to the Public School Capital Outlay Oversight Task Force the state’s population is getting older, so it’s less likely to be producing offspring that would be attending New Mexico schools.

67 Views   KSFR’s Mary Lou Cooper talks with University of Colorado infectious disease expert Dr. Thomas Campbell to discuss the next generation of COVID-19 vaccine boosters. Why are new boosters needed? How will they differ from the ones available right now? And who will be eligible for the new boosters? Find out what you can […]

110 Views   A new study says nearly 300,000 New Mexico residents, including almost 20-percent of children, face food insecurity on a regular basis. The new report by Hunger Free America found that from 2018 to 2020 an average of 291,489 New Mexico residents lived in food insecure homes. That means they were unable to always afford an […]

‘Missing White Girl Syndrome’: The MMIW Epidemic Continues To Be Overlooked By The Law

72 Views   The recent disappearance and murder of Gabby Petito has outraged people all over the world. But, what about the victims closer to home? Indigenous women go missing and are murdered regularly here in New Mexico at disportionate rates. Reporter Taylor Velazquez speaks with lawmakers, advocates, and survivors about how vulnerable the state is […]

123 Views   This summer, the federal government announced that emergency pandemic SNAP benefits would be slashed at the end of September. Now, the state of New Mexico has secured a small extension in these benefits for at least another month.

273 Views   Some good news! The number of water users in Santa Fe has increased but usage has surprisingly declined, according to the city’s top water official. KSFR’s Dennis Carroll talks with director Jesse Roach about how and why that happens in the middle of an unprecedented drought.

100 Views   Food insecurity has been a persistent struggle that COVID-19 only worsened and shined a light on. Now, the pandemic seems to be in the rearview mirror for many, but the issues of hunger are still persisting for many New Mexicans.