59 Views   A dairy farmer from the Clovis area whose cattle consumed PFAS-contaminated water is now able to get paid for his livestock. Art Schaap, owner of Highland Dairy, received national attention when firefighting foam used in training exercises at the nearby Cannon Air Force Base contaminated the water his cows rely on with PFAS.

Majority of voters back mask mandates

193 Views   A majority of New Mexico voters support a mandate to wear masks indoors, an action that Gov. Michelle Lujan Grisham and the state Department of Health took place last week a day after a poll conducted for NM Political Report ended. An even larger majority thought schoolchildren under the age of 12 should be required […]

45 Views   ProPublica is a Pulitzer Prize-winning investigative newsroom.  In the days leading up to the attack on the U.S. Capitol, the FBI received intelligence that extremists were planning violence as lawmakers gathered in Washington to certify the electoral victory of President-elect Joe Biden.

Hospitals expected to begin rationing care before end of the month, say officials

28 Views   New Mexico has a record-breaking 1,007 individuals in the hospital, according to New Mexico Human Services Secretary Dr. David Scrase. 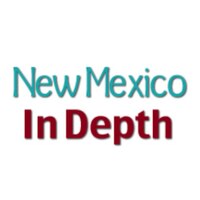 27 Views   New Mexico’s jail population dropped by a third earlier this year as officials agreed to incarcerate fewer people to avoid the spread COVID-19. But the population has crept back up since June and infections have soared among both inmates and staff from 37 cases by early June to nearly 970 as of September […]