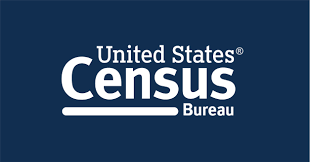 214 Views   America Counts: Stories Behind the Numbers There were 37.3 million people in poverty in 2020, according to the official poverty measure. In contrast, there were 29.8 million people in poverty that same year, according to the Supplemental Poverty Measure. While these measures may seem at odds with each other, they each present a different […]

106 Views   The Covid-19 pandemic upended many family dynamics but one positive consequence of this upheaval: Parents shared more dinners and read to their children more often, according to the U.S. Census Bureau’s 2020 Survey of Income and Program Participation (SIPP).

97 Views    According to the Environmental Protection Agency, “On America Recycles Day 2019 (November 15), EPA recognized the importance and impact of recycling, which has contributed to American prosperity and the protection of our environment. The recycling rate has increased from less than 7 percent in 1960 to the current rate of 32 percent. An […]

Will Unemployment Insurance After Pandemic Follow Same Path as After Great Recession?